Unravel the best northern cuisine dishes near you!! 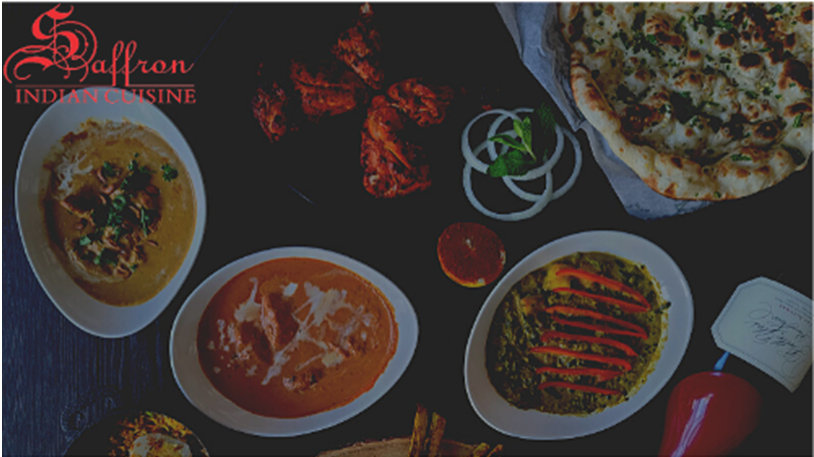 Saffron Indian Cuisine, located in the heart of Orlando, provides a one-of-a-kind dining experience. Since 2011, our team has worked hard to create a contemporary environment, as well as a lovely dining room that complements the surrounding neighbourhood. Our professional culinary team takes Indian cuisine to fresh and exciting heights, incorporating modern elements while still incorporating signature flavours.

Looking for tandoori near me ? Each of our menu items is painstakingly prepared in an authentic Indian style, using only natural spices and ingredients at every stage of the process. With their hospitable environment and friendly and imaginative  staff has learned them the reputation of providing best  orlando catering services.

India is known for its diversity; an amalgamation of different cultures, traditions, and lifestyles defines the nation, and the same can be said of Indian cuisine. Each region’s cuisine is influenced by its history and environment, so every part of the country boasts a unique delicacy, all of which combine to make Indian cuisine diverse and one-of-a-kind.

It is often said that many lifelong friendships are formed over a cup of tea and a plate of hot and juicy paneer or chicken Tikka, and what better way to bond with your loved ones than over some delectable food? Without further ado, let us delve into the rich and delectable specialities  offered at Saffron putting halt at all your queries about finding indian near me.

Samosas :  are a common appetiser, snack, or entrée. They’re filled with savoury ingredients like spiced potatoes, onions, peas, or lentils and fried or baked. Indian samosas are usually vegetarian and served with mint chutney.

Naan : have been an essential component of Indian cuisine. The dough for Naan, a thick flat bread, is made with a combination of wheat and refined flour. The dough is leavened with a leavening agent, and the Naan is baked in an earthen oven or tandoor. Different stuffings or a generous helping of butter may also be used to make the plain Naan soft and moist, and it tastes best with spicy gravy.

Aloo Gobi : On any given weekday in a typical North Indian household, this is the most cooked dish. This main course includes cauliflower, potatoes, garam masala, turmeric powder, and other spices to taste! It tastes best with roti or rice, depending on your preference! It’s usually served dry, but it’s also good in a curry.

Parathe : The thin flat bread is a healthy meal choice that goes well with pickles or curd. The most impressive thing about parathas is the abundance of stuffing. You may choose from a variety of stuffings, such as aloo, pudina, or lachcha.

Biryani : If you like rice or not, the fragrance emanating from a plate of biryani is sure to excite your taste buds. The Biryani is a feast in itself, with its infusion of spices and condiments, long-grained Basmati rice, and tenderly cooked meat (or vegetables). The royal dish tastes best when served hot with raita (curd). To check the varieties of mouth watering biryani offered at Saffron Click here!

Butter Chicken : The chicken is marinated overnight before being roasted and cooked with tomato puree, milk, and masalas. This North-Indian style chicken recipe is made with equal zeal across the world, making it a great dinner party recipe. Enjoy this deliciously creamy chicken dish that has been marinated overnight and cooked to perfection.

Lassi: This traditional summertime refreshment, which originated in the land of five rivers, offers relief from the sweltering heat and is available in a variety of forms. Yogurt is combined with sugar, spices, or other flavours to make a drink that is best served in a kulhad ( glass made of clay).

The chef’s  at Saffron ensure that all the dishes on the menu are rich aromatic gravies, spicy vegetable stir-fries, moist and tender slow-cooked beef, and sinful desserts all contributing to North Indian cuisine’s distinct flavour profile and making Saffron Indian Cuisine top the list of best restaurants in Orlando.